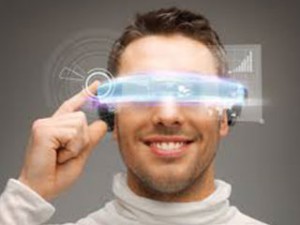 There’s yet another CES in our rear view mirror with over 150,000 attendees scrambling from booth to booth for a glimpse of the future.  You’ve no doubt read the pundits take on new trends in technology, so here’s IVA’s digest version from Brett Harder, along with what he thinks it will mean for our industry and clients.

Will 2014 Be The Year of Wearable Tech? Wearable electronics were highly anticipated going into this year’s CES. Google Glass and smart watches advertised during the holidays had some thinking 2014 would be the year of wearable tech. However, it became clear that companies venturing into this space have a ways go in terms of design and functionality before they see wide spread adoption. One exception may lie in wearable gadgets geared toward health and fitness that present a more practical everyday use for exercise enthusiasts.

Mobile Devices 3.0  Tablets and smartphones took somewhat of a hiatus from this year’s show as compared to the past.  The phones on display have grown larger while tablet sizes have shrunk along with their price points, further blurring the lines between the two.  These devices were most talked about in the context of controlling the connected home, a concept that has been taken the extra mile in the form of Wi-Fi enabled slow cookers and smart utensils, and yes, we mean forks and knives.

The Big Story is 4K  Arguably the biggest story of the week was the maturity and promise of 4K.  Price point and lack of content are two hurdles that have slowed the uptake of 4K TVs.  However, announcements from Netflix, Comcast, Amazon, and YouTube promising the production of more 4K content quickly makes purchasing a 4K set more appealing.  Consumers won’t necessarily need a lightning fast internet connection to stream the content either.  New codecs HEVC and VP9 will enable streaming at only half the bandwidth needed previously. These advances paired with lowering cost (Vizio announced a $999, 50inch model) will help 4K gain momentum in 2014.  In response, IVA is already seeking out 4K trailers from its studio partners, positioning itself to deliver the richest looking content available to these beautiful displays.

Smart TV  It is also worth noting that the smart capabilities of TVs weren’t completely overshadowed by 4K resolution.  Improvements in UI and navigation breathed new life into a feature that is becoming standard on today’s televisions.  We saw several of the major CE manufactures take ownership of the content discovery experience by offering users universal search across an array of subscription and transactional VOD services.  Metadata and recommendations, paired with trailers from IVA, help guide consumers to meaningful content.  This is another way that IVA is participating in the evolution of entertainment and the way it’s experienced.

All in all it was another interesting show, one with technologies that promise to help keep entertainment experience exciting….an experience that starts with watching the trailer.