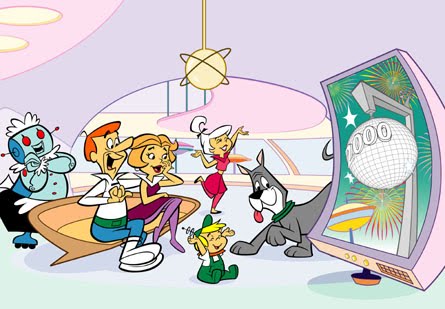 George Jetson’s home of the future may be closer than we realized.

The value of the ‘smart home’ market will reach $71 billion by 2018 according to Juniper Research in a  study  they released this month.  Moreover, the UK- based researchers assert that entertainment will be the main driver of the growth, accounting for as much as ‘80% of total Smart Home service revenues”.

Now that’s a number guaranteed to get us all in overdrive!

Let’s take a closer look. The current size of the market according to Juniper is $33 billion in 2013.  In Juniper’s report from 2012 they predicted that revenues would hit $60 billion by 2017.   Now it turns out that Juniper counts content providers like Netflix as part of the smart home ecosystem, and that may account for the dominance of entertainment in their analysis.   Elsewhere in the report Juniper noted that “no single stakeholder [will] be able to dominate thanks to the number of verticals within the home.”

OK. so we guess there will still be money for smart fridges and smart lights and smart alarm systems.

Still  George Jetson and his space age family sure look like their having more fun watching entertainment than fiddling with their smart light!  Thank you Hanna-Barbera!