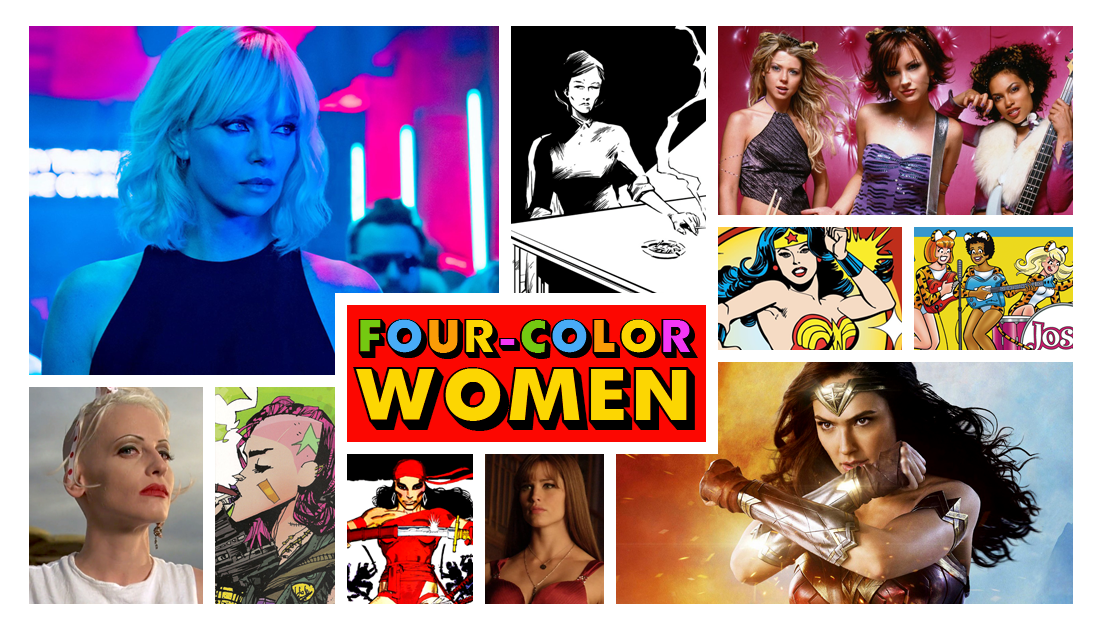 Charlize Theron stars as a tough-as-nails super-spy in ATOMIC BLONDE, a neon-colored adaptation of the graphic novel THE COLDEST CITY. Between ATOMIC BLONDE and WONDER WOMAN, 2017 has probably been the best year ever for cinematic comic book adaptations starring women, but there have been some other notable examples over the last few decades, even if some of the comics were in black and white!