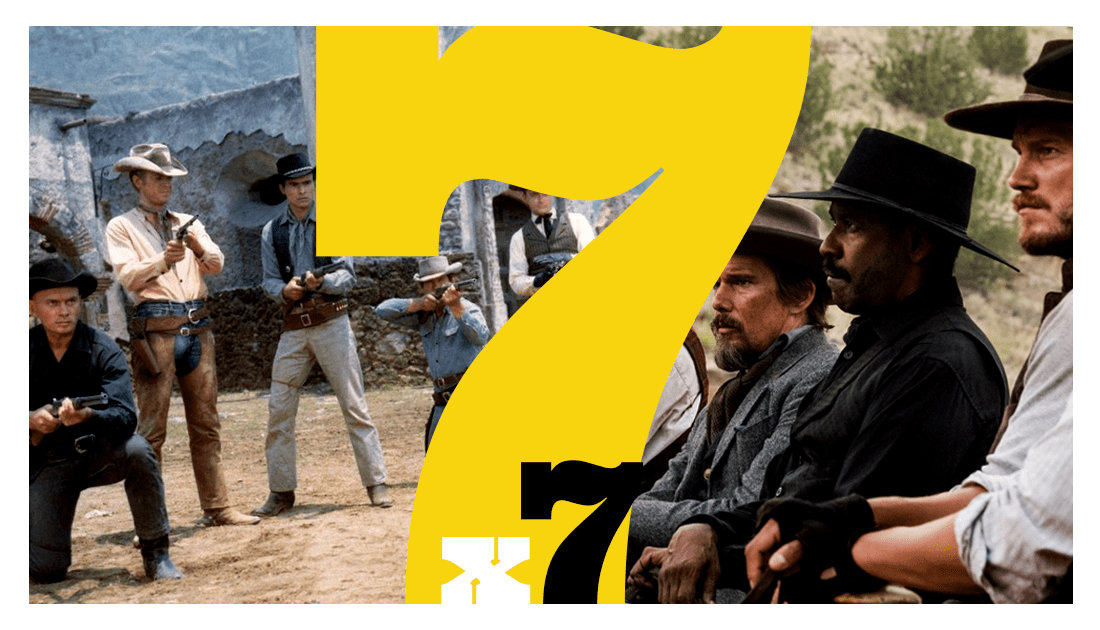 Most people know the new film THE MAGNIFICENT SEVEN is a remake of the 1960 classic starring Yul Brynner and Steve McQueen. Some people know that the original is itself a remake of Akira Kurosawa’s 1954 classic SEVEN SAMURAI. But did you know there were even more adventures of the silver screen seven? Here’s a complete list of all their cinematic exploits, plus a sci-fi version featuring one of the original seven! Let’s ride!