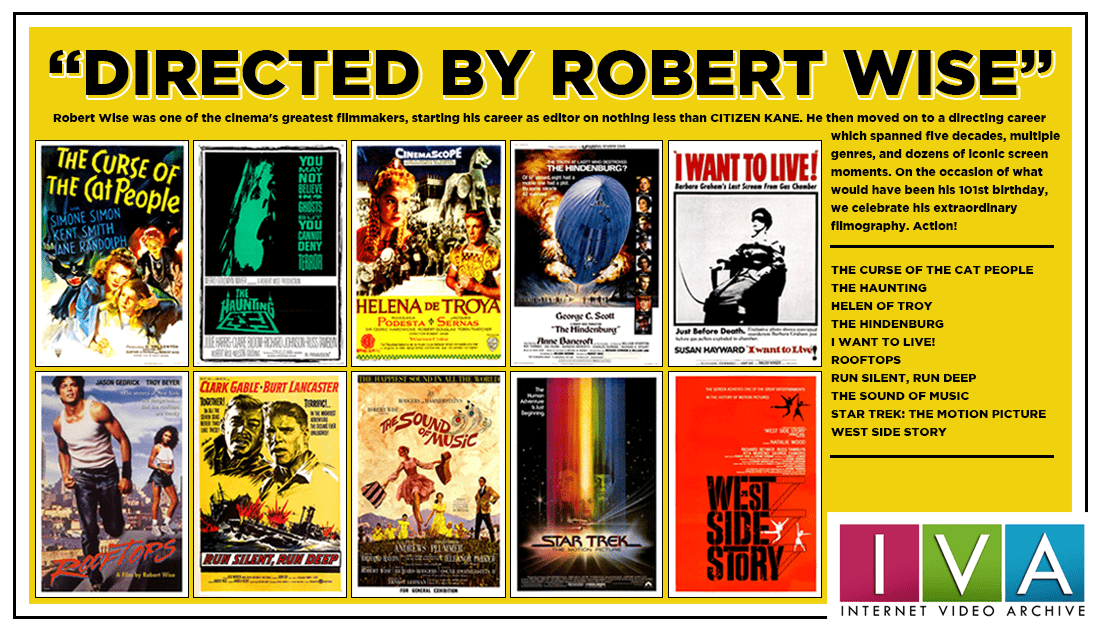 Robert Wise was one of the cinema’s greatest filmmakers, starting his career as editor on nothing less than CITIZEN KANE. He then moved on to a directing career which spanned five decades, multiple genres, and dozens of iconic screen moments. On the occasion of what would have been his 101st birthday on September 10, we celebrate his extraordinary filmography. Check out the trailers to some of Wise’s greatest films on Video Detective!