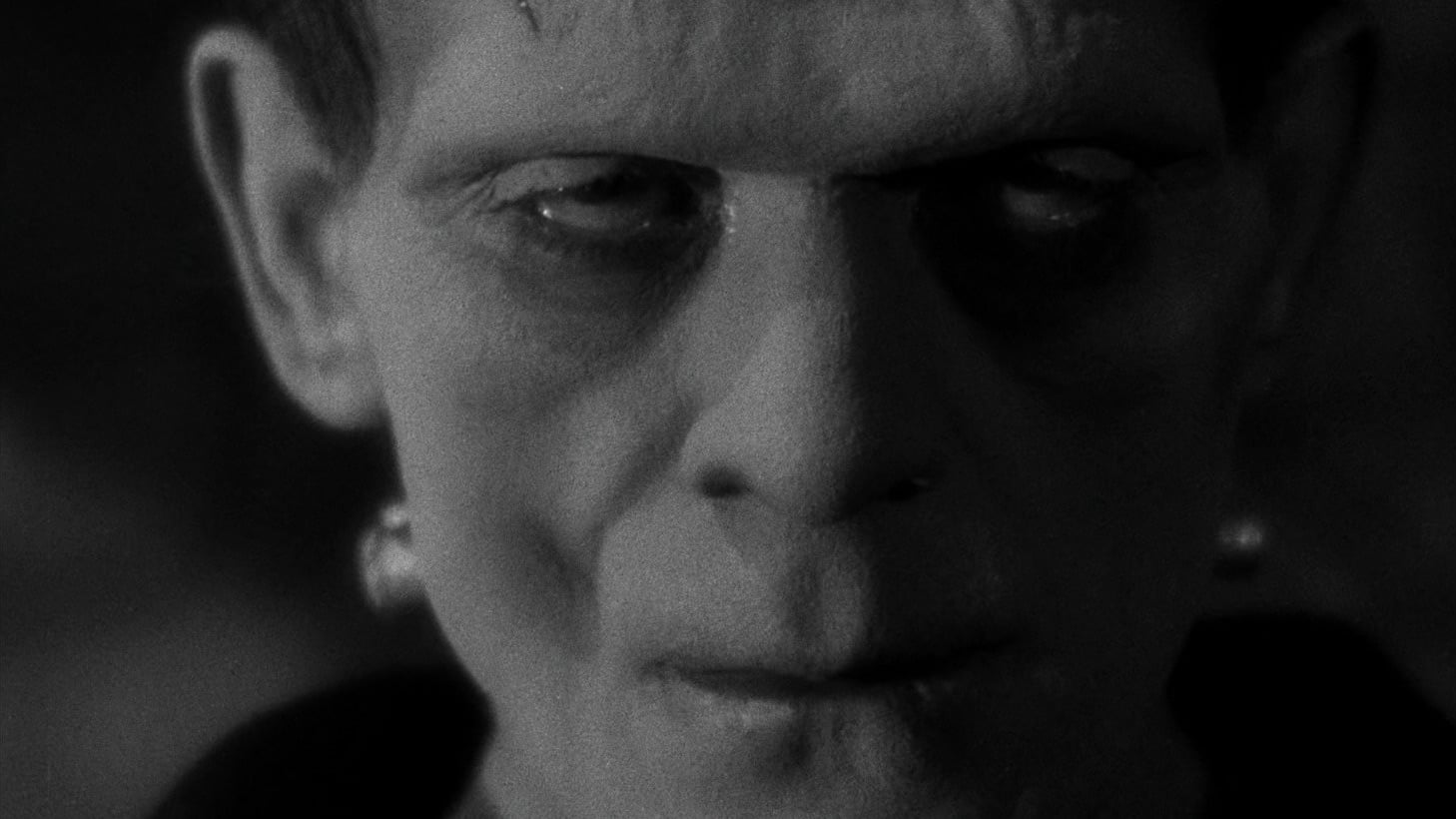 35 of the Most Iconic Horror Villains

Halloween is upon us. One of the most treasured parts of this season is all the great horror movies you can see. When you look at the horror genre, there are so many notable characters that have spawned so many franchises and remakes that they are embedded into our collective consciousness.

We took a deep dive into all the characters and categorized them to see if we could find some common threads. Identifying these characters was easy using Internet Video Archive (IVA)’s Collection Data and looking at the Iconic Character Collections.

Our editors added some more to the mix that we did not want to leave out. If you see an * by a character name, a franchise name, or movie, that means there is a Collection of that same name in IVA’s data.

Without further adieu, here is the ultimate list of horror’s most chilling characters. 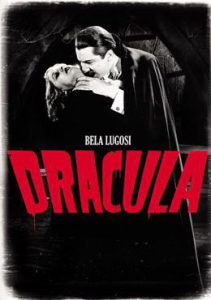 Most of these characters were first introduced to screen audience by Universal in the 1930’s and 40’s.  Many were first created in the pages of books but inspired the entire film business to keep re-introducing audiences to them since movies started.

Dracula* – Possibly the most iconic horror character of all-time, Dracula has spawned hundreds of vampire movies around the world.

Frankenstein* – Contending with Dracula for most iconic, Frankenstein led the way for the mad scientist and their creations gone bad subgenre.

The Wolf Man* –Unlike so many characters who rejoice in their evil, The Wolf Man is about a cursed man who doesn’t remember his beastly actions under a full moon.

The Invisible Man* -Not all Mad Scientists started off mad. But their inherent narcissism made them flawed. Quests for power rarely go the way they hope.

Dr. Jekyll and Mr. Hyde* -Maybe one of the greatest tales of the two sides of the mind where the animal side of humans is personified and operates on base desires.

The Mummy* –The dead ruler of Egypt returns and The Mummy walks out of the movie palace as its first zombie in film history.

The Creature From the Black Lagoon* –Though introduced in the 1950’s, this aquatic monster captivated audiences and would be the inspiration for Guillermo Del Toro’s Academy Award winning film The Shape of Water.

Phantom of the Opera* -An icon of Gothic horror, the Phantom’s murderous inclinations conflicted with his love of music and his muse making him a killer for love. The 1925 version shocked early movie-goers and made silent film star Lon Chaney Sr. infamous. 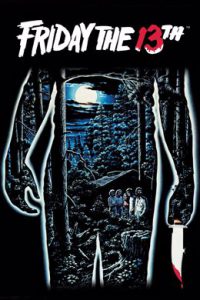 They are some of the biggest horror franchises in the business. You know them. You fear them. They are not going away.

Jason Voorhees* –the main antagonist of the Friday the 13th* franchise, Jason has been featured in 12 films since 1980. He is not wearing that mask to play hockey and that machete is not for cutting brush.

Michael Myers* –Horror director John Carpenter started the Halloween* film franchise in 1978 and it is as unstoppable as its villain Michael Myers, with 12 movies out. The most recent, Halloween Kills, is in theatres now and Halloween Ends to be released in 2022.

Freddy Krueger* –“To sleep: perchance to dream” was the famous Hamlet quote and in A Nightmare on Elm Street‘s* nine film franchise, the serial killer Freddy Krueger awaits those that sleep, entering his victims’ dreams where they perchance to die.

Candyman* –This supernatural killer is summoned when you say his name five times in the mirror. Starting with the original Candyman in 1992, the newest was just released this year. Beware the hook hand of Candyman!

Ghostface –is the primary antagonist of the Scream* film franchise. The first Scream movie that came out in 1996 held the highest box office for a horror film up until 2018. Better watch more horror films if you want to stay alive in this franchise.

Leatherface –Loosely based on American serial killer Ed Gein who wore masks of human skin, Leatherface got his start in 1974 with the first The Texas Chainsaw Massacre* followed by 7 other films. Lesson 1: never pick up hitchhikers.

Jigsaw –this villain doesn’t just kill his victims. He tortures them in the most horrible ways. Make a mistake in one of Jigsaw’s sadistic traps and you will wish you were in an Iron Maiden. The first entry Saw (2004)* would be followed by nine other movies.

Chucky –The Child’s Play* franchise was first seeded in 1988 and followed by seven more films.  Chucky just launched a new TV series in 2021 too. Parents: check the return policy of all your kids dolls. Make sure they cover evil spirits. 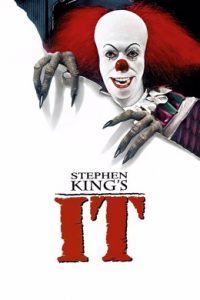 From the Pages of Stephen King

Few authors have contributed to the horror genre as richly as King. He is the master and adaptations of his works are plenty. Choose carefully.

Pennywise –Afraid of clowns? You should be. It* was first shown as a TV mini-series in 1990 and then recently remade into a two-part movie series that did well at the box office. Word of caution, stay away from street drains.

Children of the Corn* –This is not just one villain but many. “The Children” are a group of religious zealots who worship a supernatural force that lives in the corn fields.  The first film’s antagonists Isaac makes a return in the sixth installment of the 10 different entries to this franchise.

Carrie* –Based on King’s debut novel, Carrie became one of the most iconic horror movies of all time and made Hollywood gobble up any of King’s works. The movie had a sequel 23 years after the original and then two reboots. The lesson? Don’t be a bully or else!

Jack Torrance -When an A-list director (Stanley Kubrick) and actor (Jack Nicholson) are involved, the guess is that this movie would top all other of King’s works. But King never liked this version of The Shining (1980)* Fans disagree. The King drafted script for The Shining (1997)* TV mini-series perhaps is truer to the book and is worth a view. The kind-of sequel Doctor Sleep (2019) brings the story full circle.

Annie Wilkes –She is deceptive with her outward cheery disposition but this character from Misery* (1990) is one of the most frightening of all. Her salt-of-the-earth facade hides her devious intentions and for writer Paul Sheldon, he finds out how fandom is psychosis. Kathy Bates won an Academy Award for Best Actress for her portrayal. 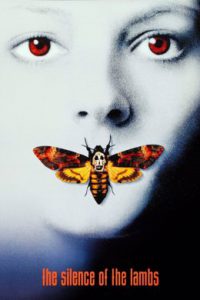 A prominent doctor, a motel keep, an investment banker, or a little girl with pig tails would not seem shocking until you learn what really motivates them.

Dr. Hannibal Lecter* –“I ate his liver with some fava beans and a nice Chianti” is one of the most notable lines from Silence of the Lambs (1991) and the movie would go on to win the Academy for Best Movie, Director, Actor, Actress, and Adapted Screenplay. No horror movie has ever won that many awards. With five movies and two TV series related to this character, he is the most complex cannibal on screen.

Norman Bates –When the movie Psycho* (1960) came out, film audiences were too disturbed to take showers. Alfred Hitchcock had given audiences a character they never saw before: Norman Bates. The plot twists, direction, and camerawork earned it a place in the Library of Congress. The film would spawn 4 other movies and a TV show.

Patrick Bateman –The affluent investment broker of American Psycho* (2000) played by Christian Bale is the epitome of 1980’s Wall Street narcissism measured in body count. Your appreciation for Huey Lewis and a business card will never be so profound.

Rhoda Penmark –Perhaps the most deceptive of them all is an 8-year-old girl who may be a sociopathic killer. The Bad Seed (1956) spawned two other TV movie remakes but nothing compares to the original. 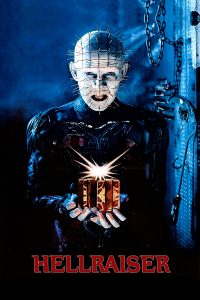 Supernatural, demonic, terrifying. Don’t mess around with these forces. If they follow you home, you might not ever sleep.

Pinhead –also known as “The Hell Priest,” is the prime antagonist of the Hellraiser movies. The first film, Hellraiser* (1987), introduces Pinhead and his fellow sadomasochist demons the Cenobites. Nine more movies would come after and enshrine writer/director Clive Barker in the horror genre.

Annabelle –is a doll that contains the spirit of a demon that plagues a family.  Not a doll that has any resemblance to Chucky, Annabelle is the ultimate scary old doll. The original Annabelle (2014) would be followed by two sequels and are all part of the Conjuring universe of ghosts and demons.

Kayako –the vengeful ghost from the original Ju-on series or its American version, The Grudge* (2004) does not like people visiting her house. Kayako’s backstory is seen in the Grudge 2 and gives you context on why she is one of the creepiest ghosts in horror. The croaking sound alone…

Cthulhu –The cosmic overlord of all that is evil, “The Ancient One” is plotting his return to this dimension and his influence is felt by all of humanity. Human cults worship his power and if they peer at that power, they end up insane. Created by writer H.P. Lovecraft, there has been a movie based on one of his works every decade since the 1960’s.

Pazuzu –A demon from Assyrian mythology, Pazuzu rose to prominence in The Exorcist* (1973) movie as the demon that possessed Linda Blair’s unforgettable Regan MacNeil. Priests dry cleaning bills must be expensive! With five movies, a TV show and a Blumhouse reboot, Pazuzu’s reign in media cannot be questioned.

Damien Thorn** –Son to ambassador Robert Thorn, clues begin to emerge that point to innocent looking Damien, who might be the anti-Christ. Not one father hasn’t thought that sometime with their children (okay, just kidding). The original Omen* (1976) has outstanding performances by Gregory Peck and Lee Remick and is a much-watch in the genre.

The Devil* –the ultimate villain since biblical days, The Devil can be found scattered throughout film and TV history. Most movies or shows about The Devil have the Faustian bargain with humans to exchange their souls to realize their dreams. Bargaining with The Devil is never a good idea. 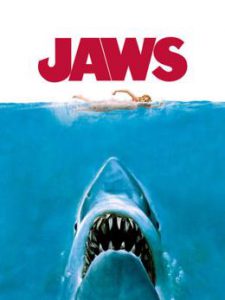 There are a myriad of earth monsters represented in films such as alligators, snakes, piranhas, etc. as well as gigantic lizards or gorillas.  But only a few have been consistently disturbing.

Jaws* –No fish has ever terrified film audiences over the years like Jaws. The original Jaws (1975) was directed by Steven Spielberg and stars Roy Scheider, Richard Dreyfuss, and Robert Shaw. In 1976, Jaws was nominated for four Academy awards, including Best Picture. The three subsequent films are no comparison to the original.

The Xenomorph –first introduced to audiences in the classic Alien* (1979), the franchise would go on with 3 more movies, 2 prequel movies, and two crossover movies with the Predator franchise. The second title in the series Aliens (1986) is one of the best sequels in horror.

The Thing* –The Thing From Another World (1951) was an early entry into the wave of science-fiction/horror films of the 1950’s. Director John Carpenter’s remake in 1982 drives home the terrifying possibility of an alien life form that can take over humanity, moving host to host.  You thought Covid was bad!