2019 is set to be an exciting year for movies and TV. With new services arriving from Disney, Warner Media, Apple and NBC/Universal, as well as big investments in original content, knowing what to watch and where to watch it is going to be a bigger  problem than ever. Internet Video Archive (IVA) is a B2B business that offers services to create best in class content discovery experiences that help our clients easily connect their users/subscribers to what they want to watch.

With all of these content options, editors know how hard it is to decide what to feature.  Our goal is to help our clients surface the titles that will resonate with their audience, drive viewership and sales.  Our guide to 2019 entertainment below segments consumers based on the major categories of entertainment they engage with, still merely scratches the surface.  If you were a client of IVA, you could access all the details about thousands of titles releasing in 2019 including stars, director, genres, rating, poster, trailers and more to make your own lists that will get your users or subscribers excited about using your site or service. 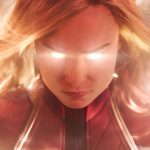 The Super-Fan:  These are people who spend a great deal of time immersing themselves in the entertainment that they want to consume.  They know what they like and consume as much information about that thing as possible. Attending Comic-Con would be a transcendental experience and if they do not cosplay, they probably at least have a Batman T-shirt in the closet.  They are the reason we have franchises that do enormous box office revenues.

Godzilla: King of the Monsters (May 31)

What We Do in the Shadows (FX, TBA)

The Man In the High Castle (Amazon, Season 4, TBA) 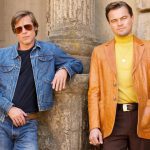 Once Upon A Time In Hollywood/SPE

The Critic:  These are people who seek the value in the art of the movie or TV show.  They want to see craftsmanship in acting, directing and cinematography. They tend to like things that will go on to win awards in drama.  They read the New York Times entertainment section and read reviews before purchasing a ticket.  They have strong knowledge about the history of film and their favorite film of all time is probably Citizen Kane.  They might haunt art theatres, be foodies and go to art galleries. Will watch movies adapted from books.

Once Upon a Time in Hollywood (July 26)

The Hot Zone (Nat Geo, May)

Living With Yourself (Netflix, TBA)

Tales of the City (Netflix, TBA)

The Loudest Voice in the Room (Showtime, TBA)

The LOLers:  These are people who like a good laugh.  Movies should be light and not make you think too much.  Popcorn is a delight and half the reason to go to the movies.  At home, movies and TV shows are best watched with an alcoholic beverage.  Their couches will be stained from spilling drinks while having a good laugh.  If a movie is really funny, they will watch it repeatedly and quote from it regularly.  Included are some dramedy and rom-com titles to fill out the category.

Fighting With My Family (March 1)

Top of the Morning (Apple, TBA) 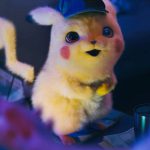 The Good Parent: Taking their children to the movie is a perfect way to entertain all parties.  These types will read Common Sense reviews on movies and TV shows before letting their kids watch a title.  They lean towards a tiger parent and make sure their kids are not exposed to any raw material. They have apps on their phones to control how much screen time their kids get and stalk their kids internet browsing history. 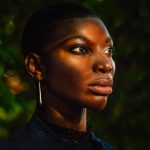 The Sleuth: This group loves a good mystery.  They try and solve a crime before it is revealed.  They love good plot twists and don’t want to be interrupted as they process every scene for clues.  They will rewatch a movie or episode if they think they missed something. They like to think of themselves as the next Sherlock Holmes and can easily give you his address (221B Baker Street London for those who did not know).

Conversations with a Killer: The Ted Bundy Tapes (Netflix, Jan 24)

City on a Hill (Showtime, TBA)